We are dedicated to revolutionizing access to mental health care for adolescents from marginalized communities.

As a former middle school teacher in Baton Rouge, Louisiana, our founder, Christina Guilbeau, saw the impact of the lack of accessible mental health services in our schools firsthand.

She also experienced the difficulties of navigating the mental health care system as a Black woman whose struggles began in adolescence. Christina came to understand the challenges of the licensure process for mental health clinicians when her close friends and family members began to pursue various graduate degrees in the field, and she felt they were an under-leveraged resource given the insufficient amount of providers in our country. She was then motivated to virtually connect adolescents in need of accessible mental health support with highly-motivated and supervised clinician interns in need of licensure hours.

Christina holds a B.A. in Psychology from Amherst College and an MBA from the Stanford Graduate School of Business, where she earned a Certificate in Social Innovation and Public Management. She was one of two students to receive the Stanford Social Innovation Fellowship in 2019, which provided her with the funding to launch Hopebound.

Outside of work, Christina enjoys exploring Atlanta, traveling. and spending time with her friends and family, including her husband Logan and their young son Cooper.

As Chief Community Officer, Tenijah Hamilton stewards the growth and development of the Hopebound community through relationship building and partnership cultivation. A seasoned strategist and storyteller, Tenijah is also charged with building out the narrative framework of the organization to further evangelize the important work Hopebound undertakes.

Since earning her Bachelors in Mass Communications, Creative Writing and Film and Media studies from the University of West Georgia, Tenijah has worked at the intersection of youth and social impact. Most recently she led the very first youth facing program for NOVA on PBS, the longest running primetime science documentary series, further cementing her dedication to empowering the next generation.

In addition to her work at Hopebound, Tenijah hosts and produces a podcast called Bring Birds Back about conservation efforts by formal and citizen scientists that are impacting birds, through the lens of intersectionality and environmental justice. In her spare time she can be found hanging out with her partner Ryan and their very chatty cat Aotearoa, in Atlanta where they live. 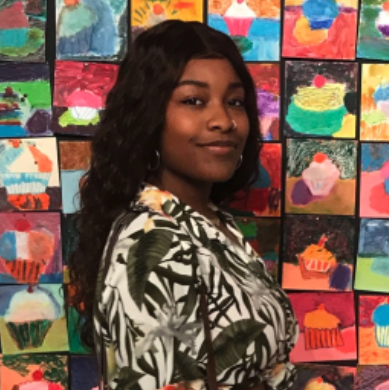 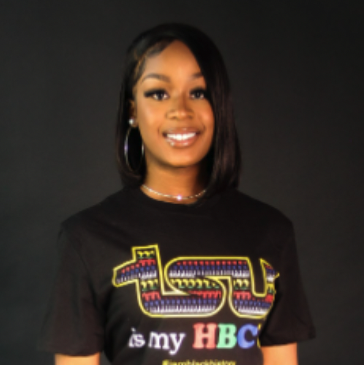 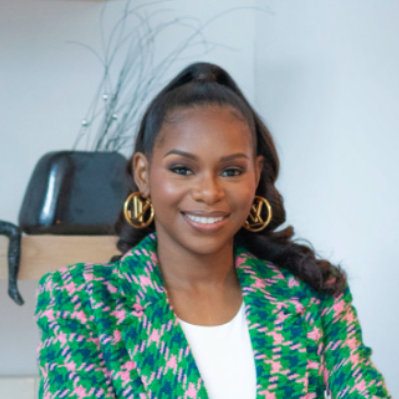 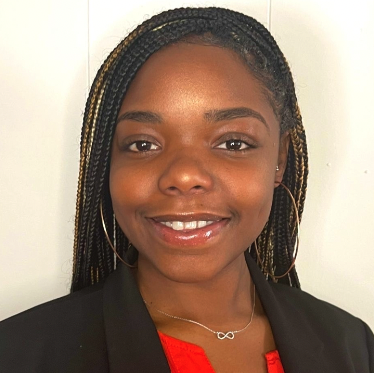 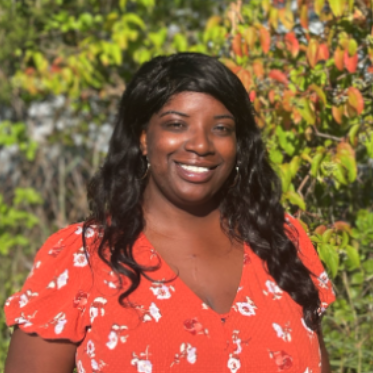 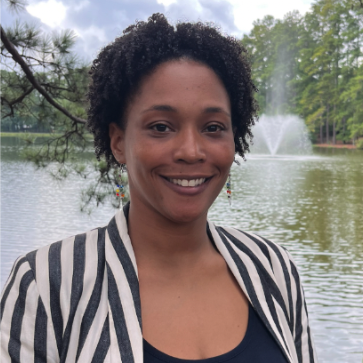 Lilianne was born and raised in New Jersey. She graduated with a Bachelor’s Degree in Social Work and has a minor in Psychology. She is continuing her education at Monmouth University to pursue a Master’s Degree in Social Work. Her passion pertains to working with adolescents and teenagers who need support in navigating their strengths, developing healthy thinking patterns, as well as nourishing positive behavioral habits. It is important for Lilianne to advocate for those individuals who feel alone being that many mental health issues are not handled without a supportive community. The mission of Hopebound has influenced Lilianne to work with young individuals who hold marginalized identities. In her free time, Lilianne enjoys spending time with her family as well as engaging in outdoor activities.

Cydney was raised in GA with a passion for inclusion, active listening, psychological thrillers, and young people! She graduated from Kennesaw State in 2019 and has been working in the field, striving to be accessible to like-minded people since then. From Independent schools to speech therapy clinics, Cydney has cherished every moment and opportunity to positively impact the next generation.

Taria was born and raised in Decatur, Georgia; most of her maternal family lives in Madison, Georgia, and most of her paternal family lives in Atlanta, Georgia. Taria has one older brother. She attended Tennessee State University where she graduated with a bachelor’s degree in Psychology. While in Tennessee, she worked with and provided services for at-risk youth with Autism, behavioral problems, and developmental disabilities. She currently attends Brenau University in Norcross, Georgia where she is pursuing a Master’s degree in Clinical Counseling Psychology.

De’Leon was born and raised in Monterey, California and she is the youngest and only girl of six siblings. She grew up in a Military household which led her to also live in Colorado and now Georgia. De’Leon has one son, Princeton, who often keeps her busy and runs her life! She has advocated for and worked with individuals with intellectual and developmental disabilities for over seven years. De’Leon earned her Bachelor’s degree in Psychology and a Master’s degree in Clinical Mental Health Counseling with specializations in Marriage and Family Therapy and Trauma and Crisis Counseling from Walden University.

Lawrenn is a CMHC student at Clark Atlanta, and she is originally from Pensacola, Florida. She is excited to be entering her final year of her Master’s program, and to carry out her mission as a counselor. She is very passionate about serving the youth, emerging adults, and sexually exploited clients. Lawrenn believes it is her due diligence to advocate for those who might not know how, or simply cannot advocate for themselves. She is currently a Case Manager for the State of Georgia, working with placements for foster children.

Shaneka was born and raised in NJ, and has lived near the Jersey Shore for majority of her life. No matter where life takes her, she’ll always be a Jersey girl. Shaneka graduated from Kean University with a Bachelor’s degree in Sociology and a minor in Psychology. She is now pursuing her Master’s in Social Work at Monmouth University. She has always been passionate about working with children, adolescents, families and decreasing the stigma that is associated with therapy. Shaneka was drawn to Hopebound because of the emphasis it places on helping youth in marginalized communities by providing affordable access to therapy. In her spare time, she enjoys binge watching her favorite tv shows/movies and spending time with her family, including her daughter, nieces and nephews.

Ashley graduated in 2019 from Georgia Gwinnett College with a Bachelor of Science in Clinical Psychology. She is currently pursuing a Master’s degree in Clinical Counseling Psychology at Clayton State University. Ashley has an integrated approach to therapy that includes person centered therapy with a cognitive behavioral therapy (CBT) foundation. Some of her goals include helping young people discover effective strategies to manage powerful emotions and techniques that can strengthen their coping skills, improve communication skills, and increase mindfulness. Ashley believes in the importance of affirmative therapy as a means to promote validation and advocacy for individuals in the LGBTQ+ community. Making this next step in her career is motivating for her because working with people in underserved populations is her passion. Ashley enjoys spending time with her family, going to the beach, and exploring nature. 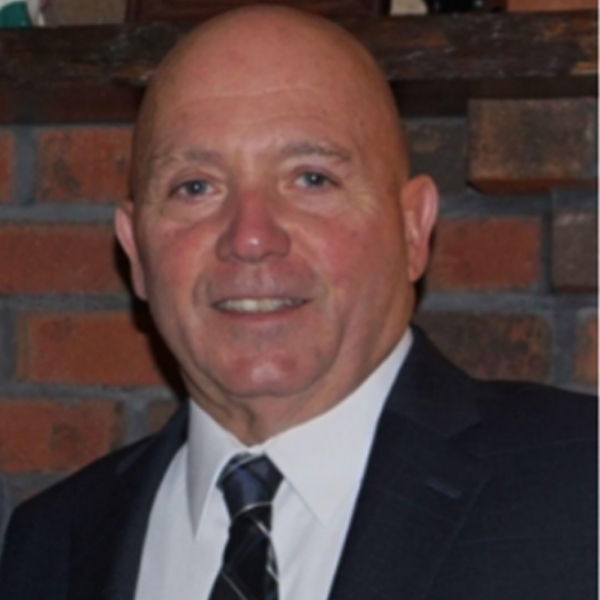 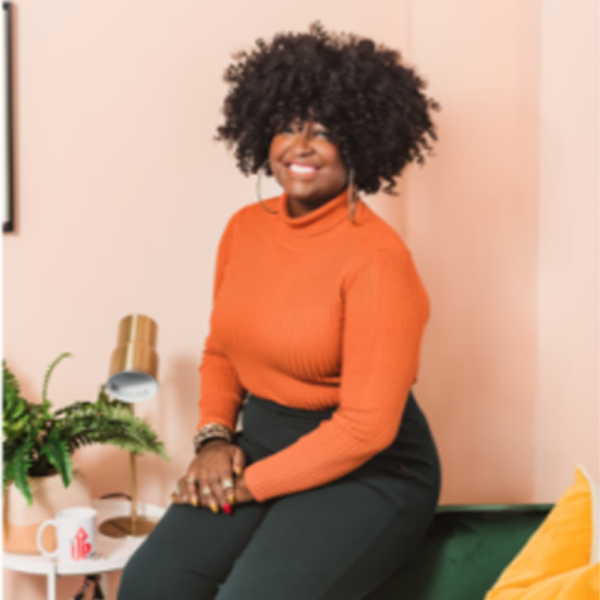 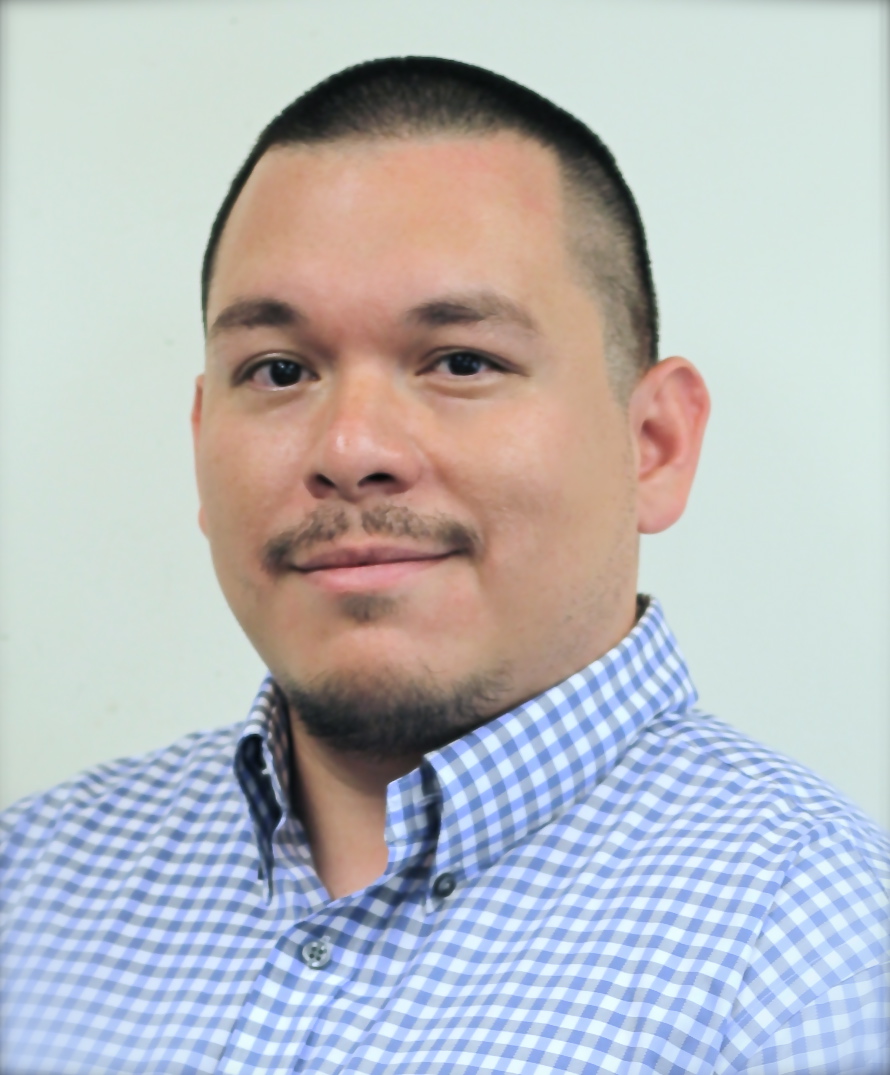 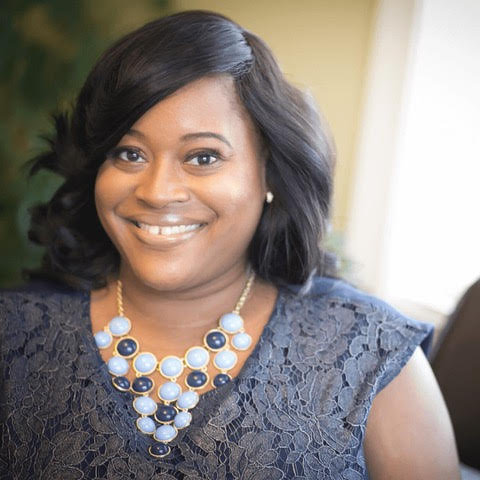 Rick is a Licensed Clinical Social Worker with over thirty years of experience in behavioral health settings. He has concentrated on youth and family services, crisis intervention, acute care, group work, and pursuing a recovery model. Rick holds an MSW from Rutgers University and an MBA from Monmouth University. Rick is also an Adjunct Professor at Monmouth University School of Social Work. He deeply believes in Hopebound’s mission and community-based approach and is proud to have served as a clinical supervisor since fall 2020. Rick enjoys the outdoors, culinary arts, and spending quality time with his growing family.

Brentia is a Licensed Professional Counselor and former school counselor who joined Hopebound in the summer of 2020. She holds a Bachelor’s degree in Spanish, a Master’s degree in Counselor Education from Georgia Southern University, an Educational Specialist degree in Professional Counseling & Supervision from the University of West Georgia, and is pursuing her Ph.D. at Mercer University in Counselor Education and Supervision. Brentia also owns her own private counseling practice, The Up Center. She thoroughly enjoys shaping the counselors of tomorrow at Hopebound, and still finds time to be an obsessed dog mom, movie lover, undercover comedian, and foodie!

Jose Alberto Cruz Chevez is a Senior Program Coordinator at the Rutgers University School of Social Work. In his role, he has worked as a field instructor-supervisor, field liaison and part-time lecturer. His previous position was as a Mental Health Clinician for the Division of Addiction Psychiatry, Rutgers University. He holds a BA in Cultural Anthropology from Cornell University and a MSW (LCSW) and MBA from Rutgers University. He is currently a PhD student in the School of Nursing, Urban Health program at Rutgers. He is wrapping up his dissertation work and is expected to graduate in May 2023. Jose has coordinated grants and programs that offered technical and educational assistance to residential addiction, behavioral health and substance use treatment facilities, and prevention coalitions throughout New Jersey. He has a wide range of experience in training and facilitating health services for populations dealing with issues such as HIV/AIDS, domestic violence, immigration issues, tobacco dependence, and opioid use disorder. With a cross-over in business and mental health, Jose is deeply engaged in replicating models of healing that are sustainable and just.

Cha’Ke’Sha Spencer earned a Bachelor of Science degree in Psychology from Morris Brown College and a Master of Arts degree in Counseling Psychology from Clark Atlanta University. She has provided counseling services for almost 20 years and has extensive experience working with adults, adolescents, and their families, providing individual, couples, group and family therapy. Cha’Ke’Sha owns a private practice in Atlanta, is a clinical supervisor, and a current doctoral candidate in the Counselor Education and Supervision program at Mercer University. 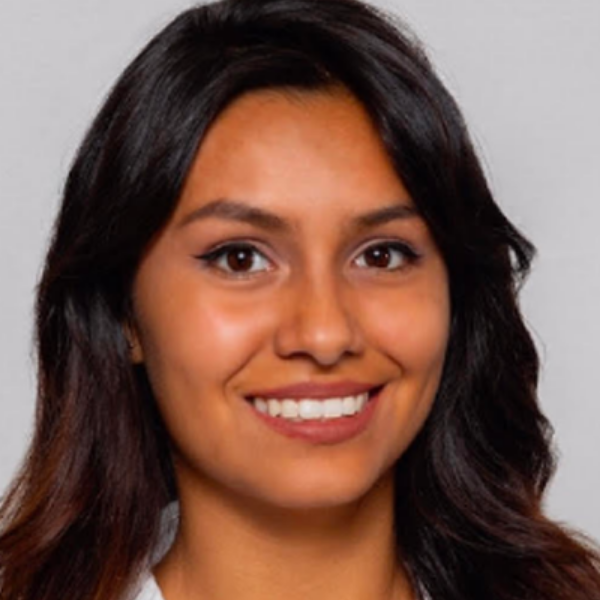 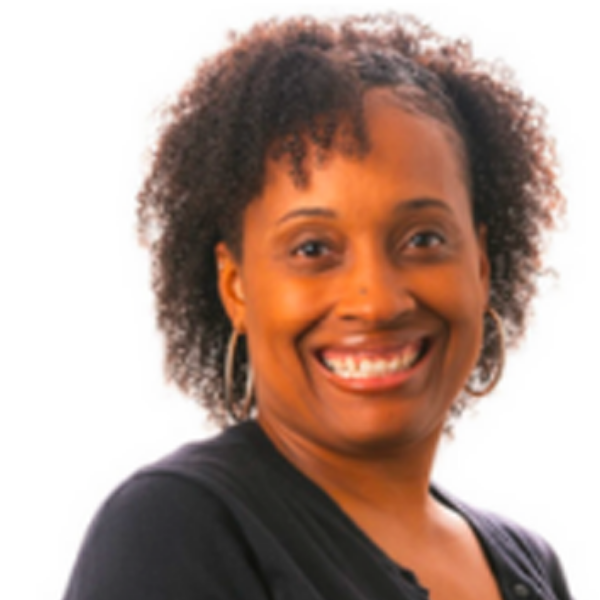 Karen received her BA in Anthropology from Georgia State University in 2018, and has always been passionate about community-based work. She worked in criminal defense, worker’s compensation, and local/national political campaigns after college, then made a switch to work in education as a classroom aide, summer camp counselor, substitute teacher, and is now a full-time admissions assistant at The Paideia School. As Hopebound’s first Spanish Language Liaision, she has found a role that enables her to serve children and also code switch in the natural way she has been doing all her life as a daughter of immigrants. Becoming a language liaison is one of many ways she intends to bridge the culture and generational gap between communities in Atlanta.

Rochelle received her B.A in Education from Georgia State University, and went back to pursue her M.ED and ED.S degrees in Language and Literacy. She has twenty years of experience teaching elementary, middle, and high school, founded two educational literacy organizations, and is an educational consultant for some of the largest book publishers in the U.S. When Rochelle learned about Hopebound, she signed her daughter up to receive services and inquired about how to get involved so that she could advocate on our behalf to prospective caregivers, prospective school partners, and the greater Atlanta community. As the caregiver of a child currently participating in Hopebound, a middle school teacher, and a community advocate for accessible mental health support for youth, Rochelle has been an invaluable member of the team since she joined in the fall of 2021. 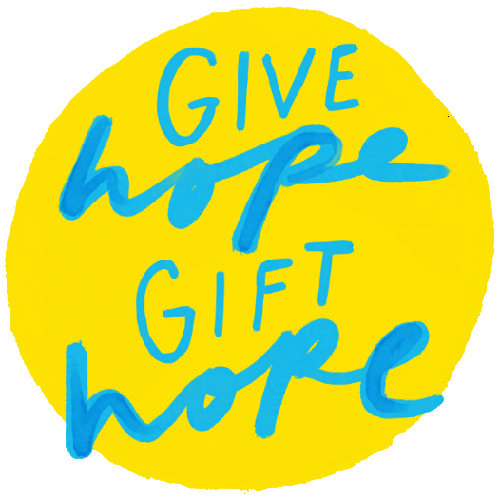 We can work together toward a world of greater hope for our adolescents.